Mama Love believes that empowered and healthy mothers are fundamental to our homes, our society and by extension, our world. We offer classes, retreats, workshops and events focused on nurturing mothers.

Please note: because of the current pandemic, our classes are currently online.

When I became pregnant with my son, I was the healthiest I had ever been, but in the 6th week I became extremely ill with Hyperemesis Gravidarum … READ MORE

We are currently looking for mothers who have experienced different and alternative post-partum healing practices, possibly in conjunction with traditional medical practices, to interview for a new video series.  READ MORE

Prenatal Yoga for Mums to be

Are you an expectant mum in your 2nd or 3rd Trimester? Feel blooming lovely with a 6 session course with Tzaddi and begin your baby’s health as you mean to go on.

Currently available in west and central London or in your home.

Email me with the phrase ‘Baby Love’ in the header with a bit about yourself for more information. One to one personal training sessions available upon request. See our Online page for booking.

“We really focused on breathing techniques and practised positions that would enable my baby to descend easier, enabling me to have a natural birth. Using all of the techniques Tzaddi taught me, I had a very smooth, natural delivery! My daughter is now 8 months old and thriving. Any pregnant woman would be in amazing hands with Tzaddi. Thank you so much!”

“I learned so much about my body and how it works/changes during pregnancy and how to deal with the common aches and pains that go with it. The classes were pitched to all levels of expertise. I had never done yoga before, but felt at ease under Tzaddi’s direction and guidance and thoroughly enjoyed my time working with her.”

“I would definitely recommend these classes – Tzaddi made them so enjoyable. She is such a lovely and chilled out person who instantly made me feel calm and relaxed. She was very knowledgable about good yoga postures for pregnancy, which made me feel confident being lead by her. I wanted to learn good positions for labour and breathing techniques and gain a bit of confidence to use the positions and breathing to help during labour. The sessions met and exceeded my expectations!”

A day dedicated to self care, designed to empower and nurture mothers from the middle of their pregnancy through to the end of the toddler years. The retreat consists of 4 parts, including Yoga and managing minor ailments, incorporating reflexology.

Women are chosen to bear and care for the next generation and in many families more than ever before, this role is shared as our children become more independent. To fulfil our role with grace and achieve our potential in those early years, we need support and nurturing along the entire journey, especially when our children demand the most from us physically and mentally. To support your journey, Mama Consciousness has put together a day to commune, connect and help channel your energy and inspire greater wellbeing through self care.

With the support of wellness and healthcare professionals, we bring you an event that will deliver services, tools and skills to achieve:

Are you an expectant mum in your second or third trimester? Feel blooming lovely with a six session course with Tzaddi and begin your baby’s health as you mean to go on. These classes are currently available online – beginners welcome! 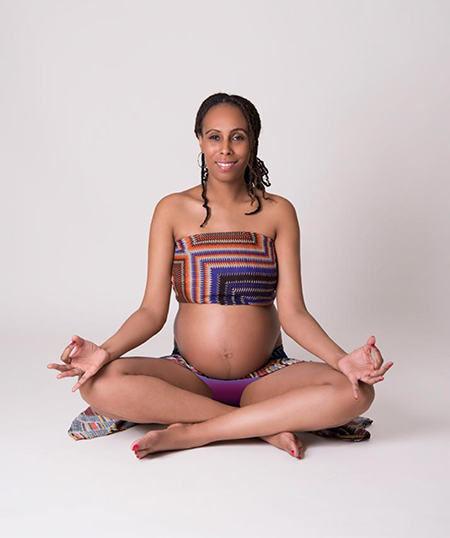 Bond with your baby

Join a community of other expectant mothers

Tips for your partner included!

Contact me with ‘Pregnancy’ in the header, and add a bit about yourself.

Our bodies go through so much, growing and a birthing a baby, so we need to take care when healing and restoring post birth. This class offers a mindful approach to your incredible post baby body and mind, in a soulful way which focuses on time for you. Suitable for new mums, 8-12 weeks postpartum to crawling. Classes are available with or without your baby. Mums who are able to take some time for themselves are able to join a deeply restful restorative class also.*

*If you have had a C-Section it is best to wait a minimum of 10 weeks before joining a class. We will discuss your individual needs prior to beginning a course.

If you have experienced any issues like:
We are making a short series of documentary style interviews with mothers about their experience of alternative approaches to healing from experiences associated with motherhood. We are planning to film the interviews in London, and possibly other suitable locations, between Autumn 2020 and Spring 2020 and would like you to contact us soon.
We know you are a busy mum with limited time on your hands so we will fully respect your time and work around your schedule.
The objective of this series is to provide a forum for inspiration, expression, connection to help others facing similar issues find their path to healing.
If you would like to be interviewed as part of this exciting project then please contact us with the header/subject “My Story”, with your telephone number and best time for us to contact you for an initial chat.
A production by Bija Garden in association with Red & Black Rose.
Close

When I became pregnant with my son, I was the healthiest I’d ever been. In the run up to conceiving, I had completed a 200 hour yoga training in addition to fitness and personal training qualifications, a healthy balanced diet and enjoyed one of the greatest pleasures of my life, food, in a conscious way. I believe that my healthy environment within and without boosted my chances of conception.
During the 6th week of  pregnancy, I became extremely ill with Hyperemesis Gravidarum or HG often referred to as “all day sickness” for almost 4 months of my pregnancy. Having been physically and mentally active for so many years, I found this to be one of the most difficult periods of my life.  HG affects 1% of pregnant women but was rarely discussed amongst the masses. Since the Duchess of Cambridge (Kate Middleton) had suffered with it throughout her pregnancies, I found more information about this online. The Guardian newspaper describes HG as “life threatening…nausea so intense and all-consuming, you feel like you have been poisoned.”
An online search offers details “It is often accompanied by vomiting and sense of smell so powerful that your partner can’t get near enough to comfort you without triggering. It is not being able to swallow your own saliva without puking it back up, so you just have to spit constantly into a towel or a cup. It is not just days lying still in a dark room but weeks and even months of it…not being able to eat or drink for days and being racked with anxiety and guilt about the unknown harm you’re imagine your doing to your baby before it’s even formed” and can cause perinatal depression.
I was comforted by the fact that somebody somewhere understood and had survived this. It was astonishing to learn through my research that the well known novelist Charlotte Bronte passed away from this previously little known sickness.
The memory I have is of myself as a “shadow figure” bed-bound and making it to the shower was a victory. I felt helpless, weak and quite confused. My preconceived notions were that this would be the most joyous time of my life. Having realised my grandmother had gone through the same thing before –  and continued to conceive –  I clinged to the notion it would all eventually subside. There is medication that helps some women, but currently no cure. These prescriptions used to treat women usually contain the same medication used for cancer patients experiencing the effects of chemotherapy.
In my darkest moments, I had to remember my yoga, that conserving energy, surrendering, resting and truly trusting in my body was the only way for me to feel that spark of joy and a sense of relief.  Acupuncture at a local Chinese medicine centre was an absolute break-through and god send.  Midway through the 2nd trimester, I began to feel better again and it was then that I was be able to enjoy food, taste and smells, beginning the perinatal yoga diploma with Birthlight. This was the dawn that arose, post week 17 and I began offering these teachings to women by my 7th month of pregnancy and quite close to my due date. My natural birth experience was amazing, quick and without need for any drugs. It had all been worth it to hold my love, my son, in my arms.  Labour was in fact the easiest, most joyful part of my pregnancy.
Convinced that Pregnancy yoga helped me to fully navigate the remainder of my pregnancy and ultimately having the best possible birth experience I could have hoped for, I am delighted to share tools that help reassure restore and rejuvenate women at different stages of their pregnancy. 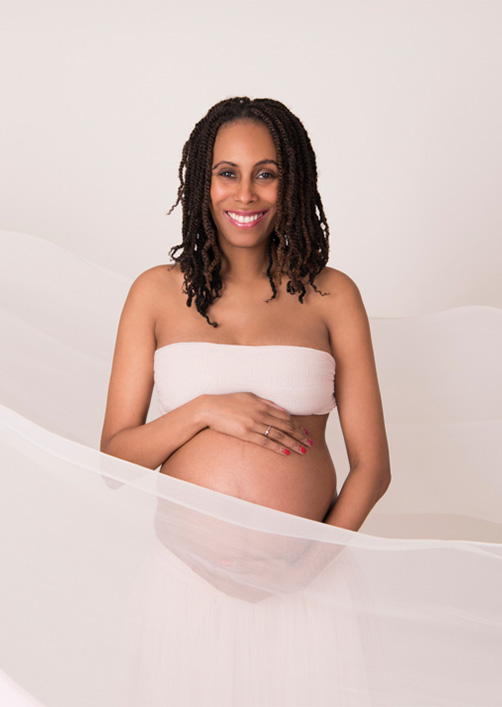